(HOUSTON, TX) August 3, 2012 — Black Smoke Music Worldwide’s recently awarded “Artist of the Year”, Pastor Mike Jr. (PMJ),  has just announced that his brand new album, “I Got It: Singles Ministry” is now available for pre-order.  This is PMJ’s sophomore album following his highly acclaimed debut album, “Live Free”, which was the #1 Gospel Album on Billboard in October 2019.  Currently, having just acquired awards for “Artist of the Year”,  “Urban/Inspirational Single of the Year” as well as “Rap/Hip-Hop Gospel Album of the Year” at the 36th Annual Stellar Awards, this next album is possibly one of the most highly anticipated albums in both the Gospel and R&B industries alike!

After achieving the major successes of winning in three categories and delivering a show-stopping performance, he says,

“Man, I am so grateful to God, for winning ‘Artist of the Year’! I’ve always felt like the ‘black sheep’ of the family as a kid, but I always knew God had something special in store. Watching myself perform on television was surreal. When you are there performing in person, it is a completely different experience watching it live. Reliving the dream! I’m living proof that if you put God first and stay true to it and work hard, dreams do come true.”

Simultaneously with “I Got It: Singles Ministry” currently available for pre-order, PMJ has also released a stand alone single, “Amazing”, that was also performed on The Stellar Awards’ live show this weekend on BET. “Amazing” is gospel remixed version of the Gnarles Barkley hit song, “Crazy”, but adds an additional level of spiritual gratitude that makes this version uniquely a PMJ experience. On a recent post on Instagram, PMJ includes a small clip of the song with the beginning lyrics highlighted: “I remember when…I remember, I remember, when he saved my life…”. He then continues in the caption by explaining the back story and inspiration for the song:

“In October of 2020 I learned 1st hand how quickly life can turn. From playing with the kids to being rushed to surgery life can come at you fast. We all are examples of how AMAZING GOD IS!”

In this new book of music, PMJ has decided to shed light on topics that are often ignored in many church arenas: love, sex, and relationships. However, these are all topics that singles, both Christian and non-Christian, encounter daily and are not often given a voice in today’s gospel music. He even notes, “there’s no chapter on dating in The Bible!” He further explains, “Dating is filled with bad decisions and heartbreak, and yet no one in gospel music addresses the pains and joys of discovering love.” PMJ is currently the youngest mega church pastor in the country —The Rock Church in Birmingham, AL.  He’s mentioned that he frequently has conversations with single members in his congregation that deal with relationship issues, but are often confused where they should find answers. In his own words, “Single’s Ministry is focused on the unique life situations of singles by creatively addressing the issues of love, sex, and relationships. This inspirational music is a sweet mixture of melodies and messages that help heal and entertain at the same time!”

“We realize that life is full of difficult conversations.  Love and relationships definitely hold their own place in difficult conversations.  Pastor Mike Jr. skillfully uses music to guide us through the ‘hard’ and the ‘not so easy’.  Single’s Ministry helps us to gain a better understanding of what it is and what isn’t, and will also even help us get to know ourselves even better.”

I’ve Got It: Single’s Ministry 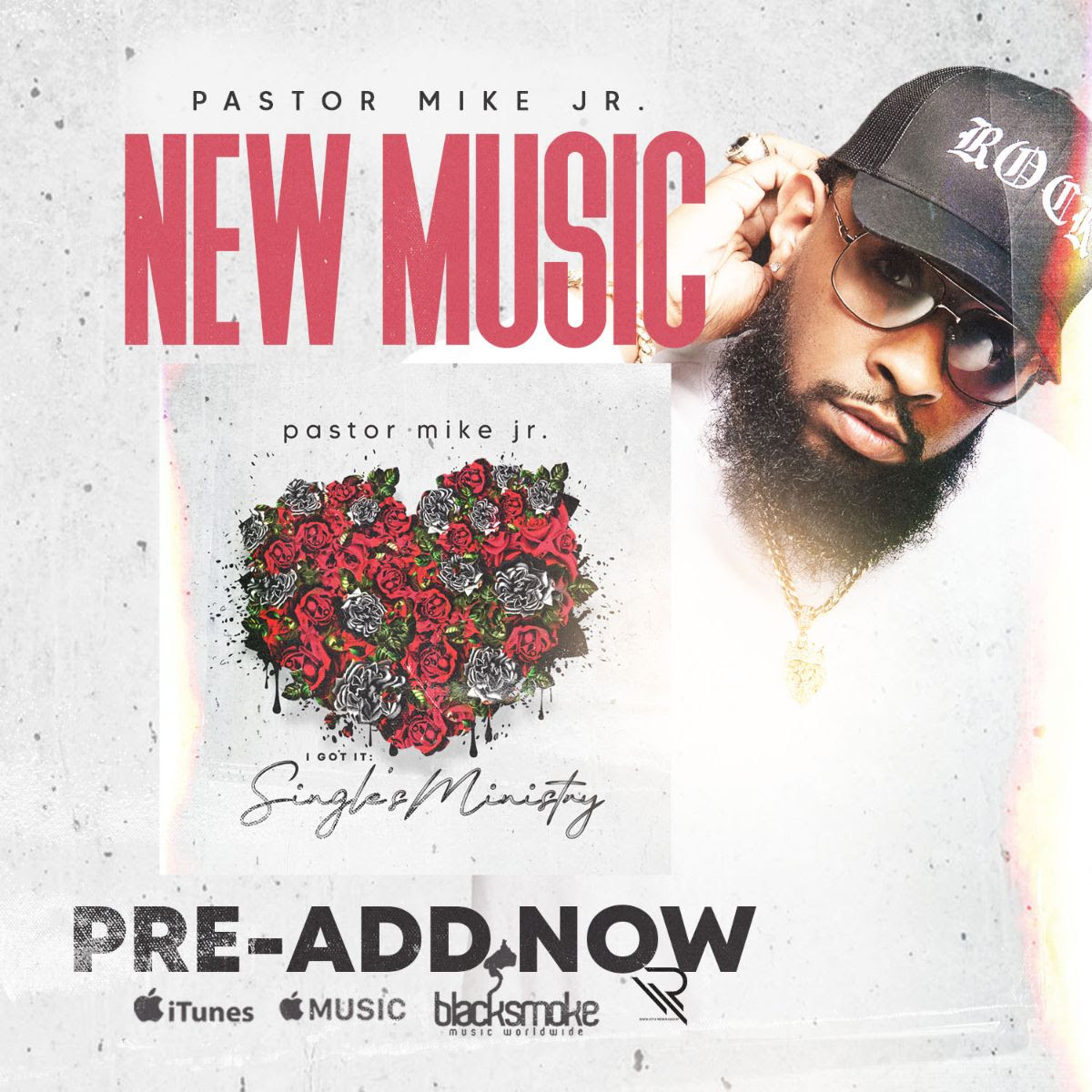 This new album from Pastor Mike Jr. comes with 15 new songs and 8 new videos dedicated to singles navigating the highs and lows on their journey to love.

Pre-order “I’ve Got It: Single’s Ministry” » 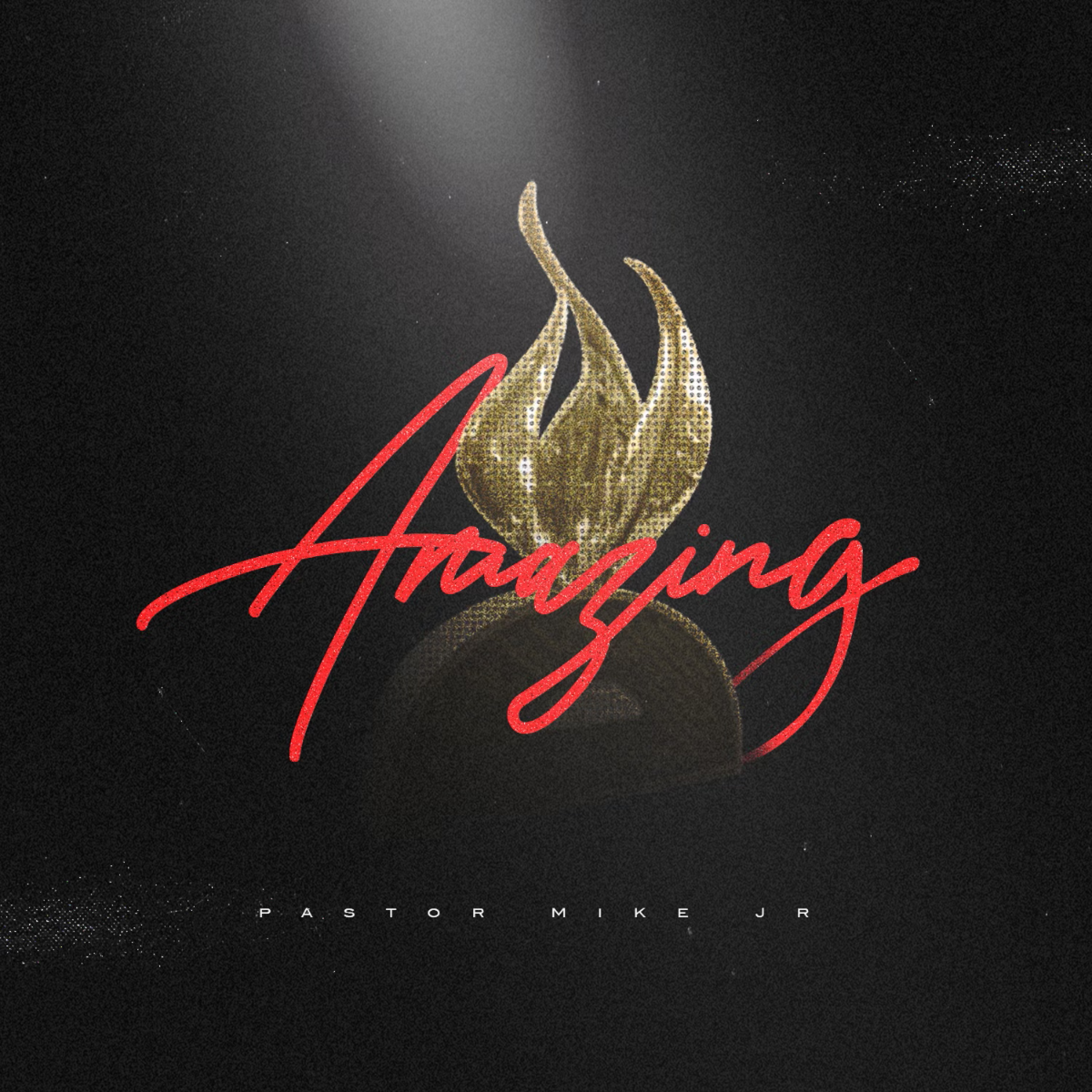 “Amazing” is the new hit single from Pastor Mike Jr. that was performed live at the 36th Annual Stellar Awards. Most notably as a cover of the Gnarles Barkley hit, “Crazy”, this song adds a spiritual aspect to an otherwise popular tune. 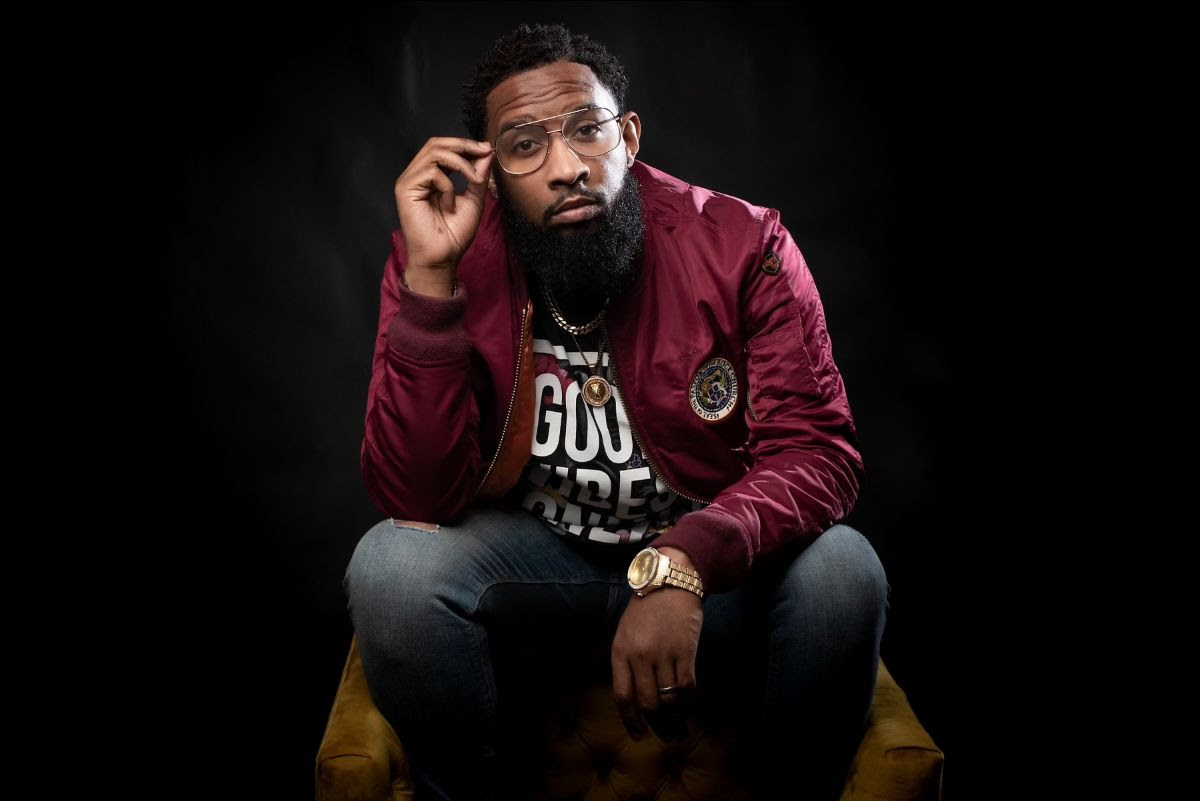 Pastor Mike Jr. (PMJ) is blazing a new trail. Not only does he Pastor  one of the fastest growing ministries in the south, he’s also an up and  coming artist whose soulful voice and vibe connects with practically  every genre! His breakout and highly anticipated album, LIVE FREE  features inspirational anthems that speak to the reality of each  person. It speaks to that desire to win, recover, and survive! His sound  is sure to appeal and reach the hearts of young and old alike. His  songs are designed to tackle real life issues in a lyrical manner and  peppered with life and gospel truth from the sages of old.

Since release, Pastor Mike, Jr. has had the opportunity to perform at  Praise in the Park, TSU Homecoming Kick-Off, and WXOK Anniversary  Celebration. He was also graced with the opportunity to present at  the Urban One Blitz Program Summit. He also performed at the Stellar  Awards and Dove Awards. B!G the single from LIVE FREE, receives  over 1.5 million plays a week on streaming platforms and has been #1  Most Added Song at Gospel Radio. To date B!G has received more  than 10 million streams. Most notably LIVE FREE landed the #1 album  spot on the Gospel Billboard charts just 4 weeks after release!

Pastor Mike, Jr. was awarded 2 Stellar awards for Best New Artist of  2020 and Best Rap/Gospel Album of the Year 2020. His breakout  single B!G was recognized as Billboard’s #1 Gospel Airplay Song of  2020, and his label Rock City Media Group was recognized as the #8  Label of the Year. As of March 2021, his second single, I Got It has  held the #1 spot for 4 weeks. There’s no doubt, he’s one artist to  watch!