(AUSTIN, TX) January 26, 2022 — “It’s hard to get my thoughts out sometimes, it’s like it’s driving me insane”. These are just some of the heartfelt lyrics from former Los Angeles Chargers starter, Joe Barksdale’s new single “Alone” released on January 21, 2022. When asked about the inspiration for his new single, Barksdale says “I wrote this song because it’s hard to be understood when you live in a world that wasn’t built for you.” For Joe, some of his feelings of isolation have stemmed from being diagnosed late in life with high functioning autism, a history of difficulty communicating and struggling with depression and suicidal thoughts.

Despite the heavy topic, the song boasts a smooth and uplifting vibe with a catchy chorus that will have you singing along. “Alone” is 1 of 16 tracks featured on Barksdale’s latest album, Yours Truly, an album that blends blues, soul, jazz, and rock while demonstrating his diverse musical talent with the guitar, electronic drums, and lead vocals.

While Joe may feel isolated at times, he is not alone in his desire to seek connection with the world around him. According to the American Psychological Association, “data on the connection between loneliness and human health are robust. While loneliness is not a medical or psychological diagnosis, it is strongly associated with behavioral health, physical maladies, and increased suicide rates.”

With COVID cases steady on the rise and state shutdowns and event cancellations in full effect, many are experiencing the PTSD from the initial shutdowns of 2020 and causing lots of anxiety. We hope that this song will hopefully connect with someone that is feeling “alone” to offer support and empathy.

The album, Yours Truly, and single, “Alone” can be found on all streaming platforms. 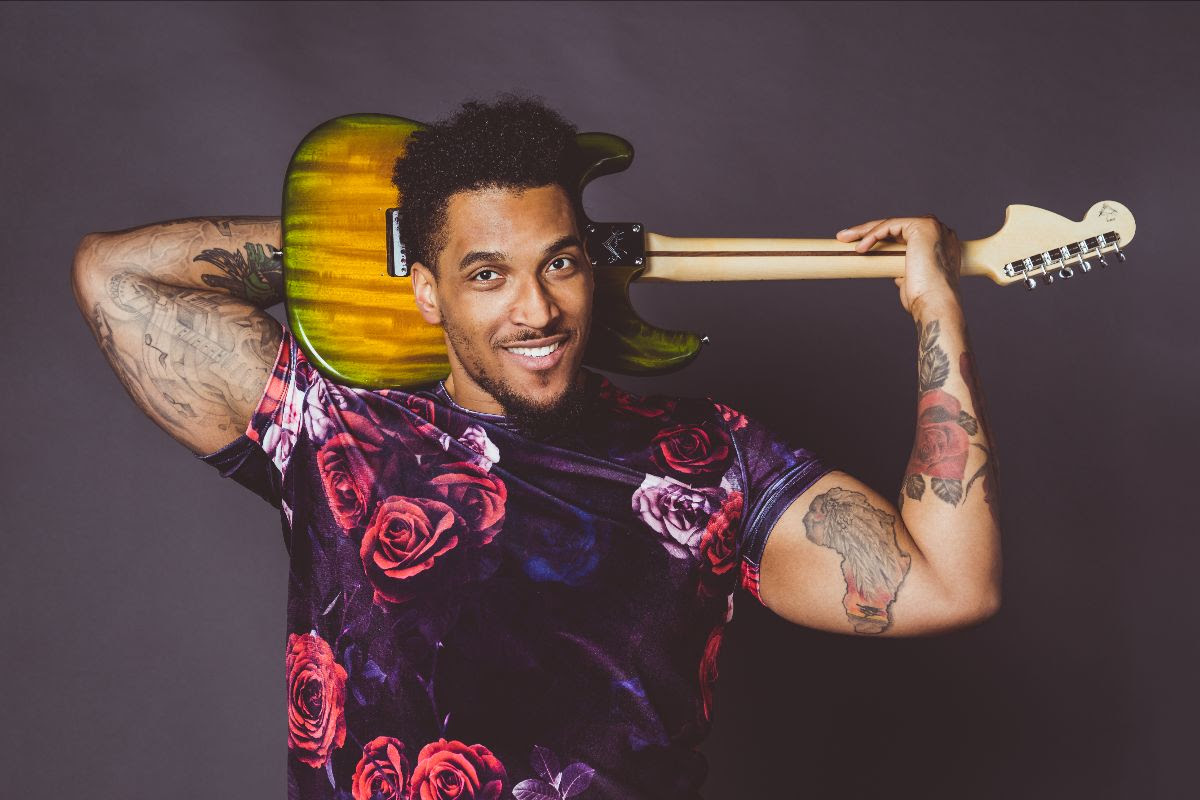 A passion for engineering led Barksdale to the Detroit Area Pre-College Engineering Program at age 13. When that didn’t work out, football was one of few summer activity options available. All-American honors as a Cass Technical High School lineman led to scholarship offers, and acceptance of Louisiana State University’s offer, enhanced by its engineering program. After starting on LSU’s 2008 NCAA championship team, he played with the Raiders, Rams, Chargers, and Cardinals. Concluding an 8-year NFL run, Barksdale hung up his cleats in 2019 to pursue music full-time, settling in Austin, Texas with his wife Brionna and two young daughters. Depression, long-undiagnosed Autism Spectrum Disorder, and a childhood peppered with abuse, rejection, and neglect fed a strong inner critic clamoring to divert Barksdale from his goals. In his youth, football and music lessons fostered resilience, while therapy as an adult re-channeled his energies to focus on excellence. After the passing of Cass coach and mentor Charleston Fobbs in 2013, Rams coach Jeff Fisher encouraged rekindling his love for music as a creative outlet to cope with grief. Music became a voice previously missing from his life, with professional instruction fine-tuning his multiple gifts. Concurrently, he fosters awareness to tackle the stigma surrounding mental illness — including publicly sharing his own experience of 20+ years silently suffering with depression and suicidal thoughts — to encourage others to seek help.