If you’ve ever seen the movie Civil Brand starring Lisa Raye, you are going to be shocked to know that the movie is actually a reality for over 900 women at Julia Tutwiler prison in Wetumpka Alabama. When read an article online about the inhumane and unconstitutional treatment of the inmates in this prison I was speechless. 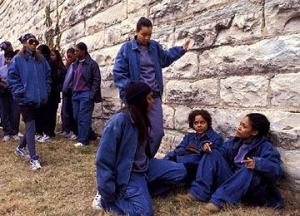 After researching a little more I came across a letter that was sent to the Governor of Alabama from The United States Department of Justice Civil Rights Division. The letter states that the State of Alabama violates the Eighth Amendment of the United States Constitution by failing to protect women prisoners at Tutwiler from harm due to sexual abuse and harassment from correctional staff. Tutwiler has a history of unabated staff-on-prisoner sexual abuse and harassment. The women at Tutwiler universally fear for their safety. When I looked into who the prison was named after I couldn’t believe that this prison was named in the honor of Julia Strudwick Tutwiler who was  known as the “angel of the prisons,” Tutwiler pushed for many reforms of the Alabama penal system. Most significantly, she fought to separate female prisoners from male ones and to separate juveniles from hardened adult criminals—resulting in the first Boys’ Industrial School. In addition, she demanded better prison sanitation and helped institute educational and religious opportunities for prisoners. As a consequence of her advocacy, the Julia Tutwiler Prison for Women in Wetumpka, Alabama was named in her honor. For a period the Wetumpka State Penitentiary had been renamed after Tutwiler, prior to the opening of the current Tutwiler prison. (https://en.wikipedia.org/wiki/Julia_Tutwiler)

Wow how ironic is that? The prison is named in honor of a woman who fought for prison reform and the things that go on inside is an disgrace to her name. Here is the link to the open letter.  http://www.justice.gov/sites/default/files/crt/legacy/2014/01/23/tutwiler_findings_1-17-14.pdf

One of the biggest issues for me is the fact that the staff are people who live in society and are capable of participating in gross activities such as sexual abuse, sodomy, and physical and mental abuse on another human being. These men are men who are going home to their wives, girlfriends or fiances. These are men who are at home when his daughters friend comes over for a sleep over. These are men who are left at home to babysit his daughter and that alone makes my stomach turn.”For nearly two decades, Tutwiler staff have harmed women in their care with impunity by sexually abusing and sexually harassing them. Staff have raped, sodomized, fondled, and exposed themselves to prisoners. They have coerced prisoners to engage in oral sex. Staff engage in voyeurism, forcing women to disrobe and watching them while they use the shower and use the toilet  The abuse of inmates at Tutwiler has been going on for nearly 20 years and it is still going on right now. (https://en.wikipedia.org/wiki/Julia_Tutwiler_Prison_for_Women

The report below was found on allgov.com

Female prisoners at an Alabama prison have been subjected to a “toxic, sexualized environment” as a result of abuses and misconduct by staff that have gone on since the 1990s, according to federal investigators.

The U.S. Department of Justice says conditions at Julia Tutwiler Prison for Women are unconstitutional, due to harassment and sexual assaults of inmates by guards. The investigation(pdf), conducted last April, found violations that included verbal abuse, voyeurism, and forced sexual contact between prisoners and staff.

Also, the Justice Department learned that the Alabama Department of Corrections (ADOC) knew problems at Tutwiler had existed since 1995, but failed to address the situation.

“Eighteen years since notifying ADOC and Tutwiler officials of inappropriate sexual activity between staff and prisoners, problems in the area of sexual abuse and harassment have only worsened,” the report states.

Incidents of sexual abuse and harassment were committed by more than half of the prison’s staff, and more than one-third of them were found to have had sex with prisoners. There are 900 female inmates at the prison. 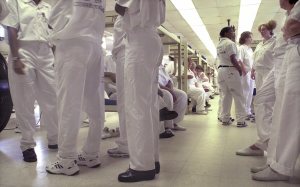 Tutwiler Women’s Prison inmates stand around and sit on bunks Friday, June 8, 2001 in Wetumpka, Ala., in a dorm that holds 250 women. They are part of the 986 prisoners currently being held at Tutwiler, the state’s only women’s prison. A Montgomery County judge has given the state until June 18 to remove about 2,000 state prisoners, 333 of which are women, from county jails. (AP Photo/Kevin Glackmeyer)

The prison lacked any kind of system to track complaints lodged against staff, resulting in dozens of violations by individual guards, some of whom were labeled sexual predators, according to the report.

One guard had nearly 40 reported incidents of misconduct, while another had 27 and two others had 19.

Female inmates often traded sex for necessities, including uniforms and hygiene products, as well as for drugs and alcohol. Those who reported the misconduct received threats and punishment.

“Staff and prisoners continue to engage in overt and inappropriate sexual behavior at Tutwiler, most recently within days of our arrival. This behavior is indicative of the need for critical institutional reforms that will not only address the underlining causes of the harm but also identify and implement sustainable reforms. To this end, ADOC must take on an active role in monitoring the changes made at Tutwiler. It is no longer enough to delegate the changes to the Tutwiler officials without expansive oversight,” the report stated. 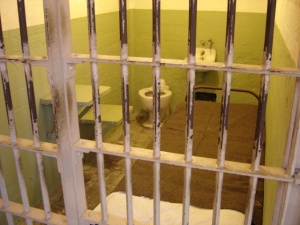 Tutwiler was ranked, by the Bureau of Justice Statistics in 2007, as the first among women’s prisons and the 11th among 146 prisons across the country for frequency of sexual assaults on inmates.

Those written reports were supported by paternity tests, polygraph examinations, staff admissions and ADOC investigations, according to the DOJ’s findings.

The report notes that Alabama prison officials have been aware of sexual misconduct since at least 1995, when a findings letter addressing unconstitutional medical and mental health care treatment also noted inappropriate sexual contact between inmates and staff.

“Eighteen years since notifying ADOC and Tutwiler officials of inappropriate sexual activity between staff and prisoners, problems in the area of sexual abuse and harassment have only worsened,” the report states.

More than one-third of the staff – 36 of the 99 total employees – are identified as having had sex with inmates. If other forms of sexual abuse and harassment are included in the total, that number nearly doubles, meaning well over half of the Tutwiler staff has been involved in some sort of misconduct, the report states.

Four Tutwiler officers were implicated far more than their peers, one with 38 incidents, another with 27 and two others with 19 each. The report notes that no system is in place to track employees with excessive complaints against them, preventing Tutwiler from identifying the most serious offenders.

As a woman this has truly touched my heart. I feel for these women as if I know each one of them personally. I’m ready to stand up and fight for them are you? Email head2toemag.com if you want to join in on the fight. 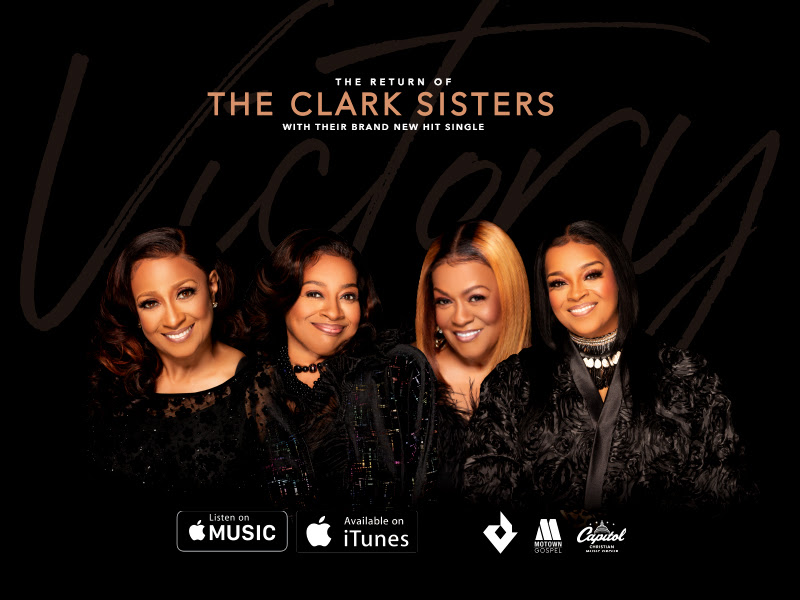 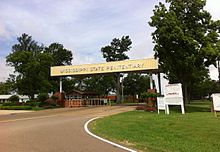